Perhaps someday in the future, when global warming finally turns the world into a string of islands surrounded by a giant ocean, the idea of living under the sea wont seem so outlandish.

To that end, one such maritime designer has cooked up a fascinating and rather beautiful underwater home, called the H2OME.

The structure is bubble-like, attached to the seafloor with a few legs, and a snorkel style tube reaching towards the surface to provide ventilation and house the structures mechanics. Above the surface, the U.S. Submarines designers imagine places to lounge in the sun, or if you are wealthy enough, perhaps land your helicopter or tether your yacht.

According to a story in the Financial Times, the homes could cost as much as $10 million or more just to build.

Really–this “fantasy” isn’t far off–the company has been working on building a luxury underwater hotel in the Maldives, called the Poseidon Undersea Resort,  and plans to open “soon.” 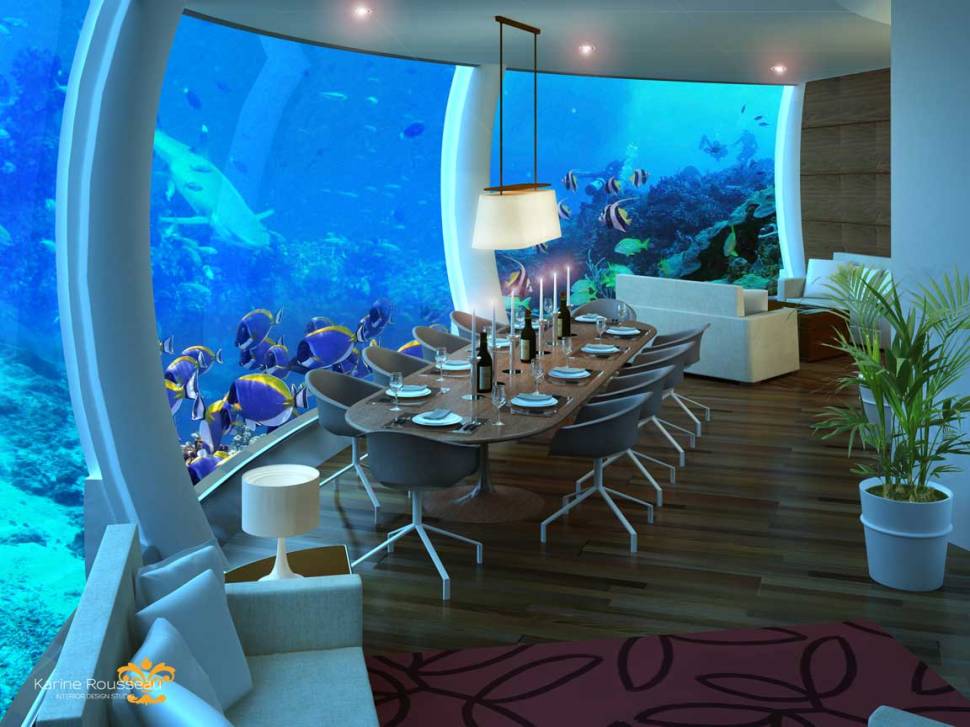