If you’re like me, you’ve always wanted to have a Star Trek Phaser.

Seriously–ever since I was a kid I always thought it would be beyond cool to walk around with one strapped to my hip.

Propworx is selling one of the two known remaining Phasers in an online only auction on February 21, 2015. The site notes that the Phaser was used in an early episode by none other than Captain Kirk.

And in case you were wondering whether or not a piece of Star Trek memorabilia was a smart investment move–a Phaser rifle that was used once on the show by Captain T. Kirk–sold in 2013 for $213,000.

Don’t worry if you miss out on the Phaser–there are plenty of other Trekkie items up for grabs. 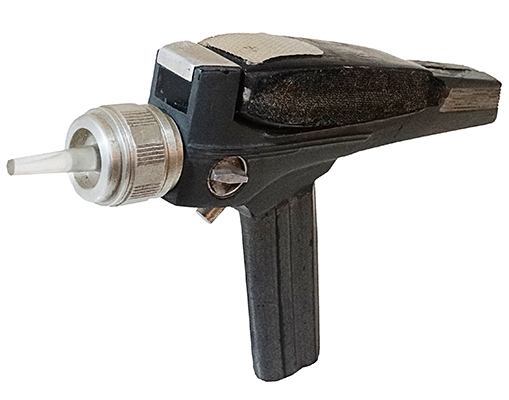 HT LuxuryLaunches for the lead