Stratocaster guitars are synonymous with rock legends and aspiring musicians alike–and they’ve taken the art of music making to a new height.

This is the Pine Cone Strat–a piece of art crafted by Yuriy Shishkov, a senior master builder at Fender. It is a one-off created in the shop in Corona, California.

The guitar design is based off of the famous Pine Cone Fabergé Egg created by Mikhail Perkhin under Peter Carl Fabergé in 1900. The original egg was created for Alexander Kelch, who was a gold mining tycoon and  had seven eggs made for his wife. He was known for his Fabergé patronage.

Peter Carl Fabergé’s great grand-daughter Maison Tatiana Fabergé made the Pine Cone egg that comes along with the stunning guitar–complete with a tiny elephant inside, just like the original (though it’s unclear whether the elephant walks like the original did).

The guitar has 550 diamonds embedded into it and 18-karat gold and silver gilding.  According to CNET, if the pattern is extended out past the guitar, it would form a giant egg shape.

The piece is destined for auction where Fender believes it will fetch right around $1 million.

Check out more images of the gorgeous guitar over at the Official Fender Tumblr. 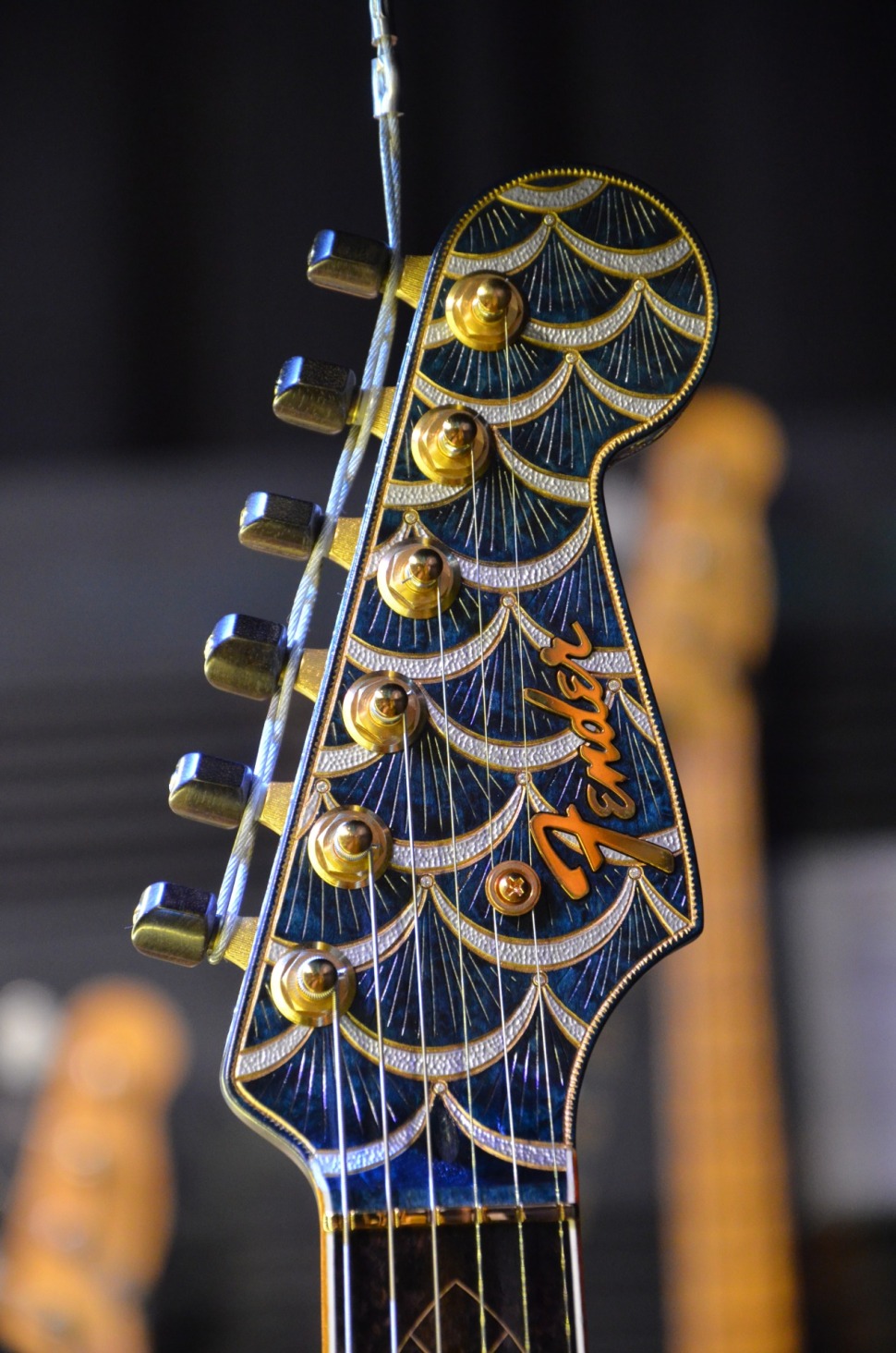 HT to CNET Crave for the lead.

Want more like this? Check out more posts below.

The Selfie Bots are here